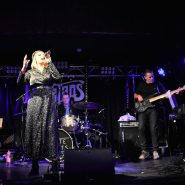 A four-piece indie-folk band from Meath and Dublin, in July 2019 they released their debut EP 'All Who Wander' that met with great responses. The title track of the EP garnered airplay across the county and landed the band with two successful support slots with State Lights upon its release; this included the latter's sold out show in Whelan's late last year!

The band have been busy gathering a fanbase throughout Ireland playing on various sessions and support slots whenever they can. In keeping with this momentum, they are also spending time in the studio recording new material in anticipation of a very busy 2020.