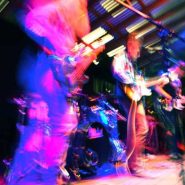 The Drogheda based five-piece rock band recently completed a number of local gigs and now make their Dublin debut to kick-off 2020! Five friends who formed the band in early 2019, Darragh, Conor, Ruby, Cian and Alan. The group bonded over a wide range of artists including The Frames, Catfish and the Bottlemen, Red Hot Chilli Peppers and Rory Gallagher. The band are preparing to release their debut single “Blindsided” mid-2020.