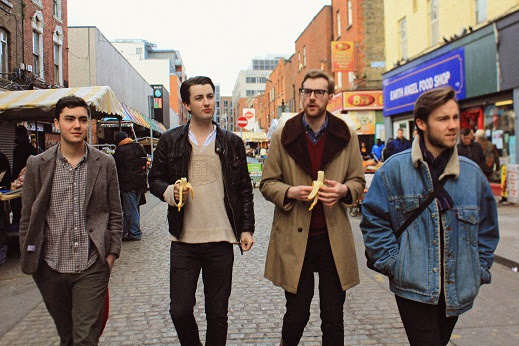 Channeling influences like The Replacements, The Clean and The Stooges, and likened to The Strokes, Dinosuar Jr and Smashing Pumpkins, Dublin quartet ‘Jet Setter’ are fast making a name for their fuzzy, straight-to-the-point, indie-rock. Debut track ‘Not Yet’ was premiered back in the summer by Stereogum, who said they’re “what The Strokes might have sounded like with Jarvis Cocker out front”. The band also featured as NME’s Buzz Band of The Week too, proclaimed as thrashing “along with the pushy zeal of Smashing Pumpkins”, and being likened to “Graham Coxon at his late-90s best”. The band went on to play Irish dates with Real Estate. New single Dippin’ Toes is out now through Any Other City Records, who’s previous releases include the likes of James Vincent McMorrow, Villagers, Squarehead, and most recently Girl Band.

Jet Setter will be touring the following cities.