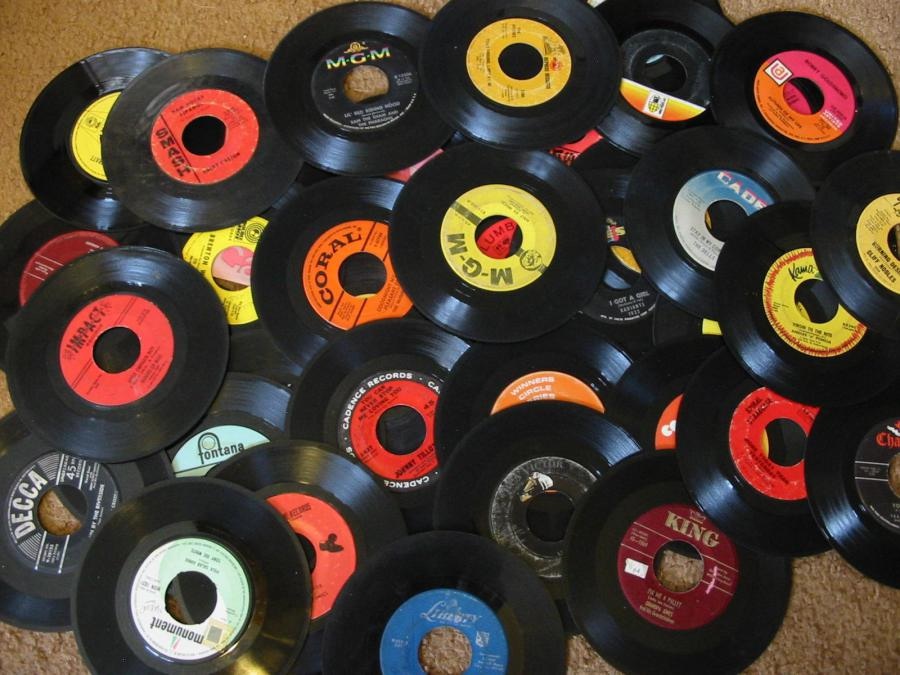 The list was compiled by a panel of music writers and fans who work in The Star. (Newspaper)

(30) The Virgin Prunes – Baby Turns Blue (1982)
Virgin Prunes challenged conventional Catholic Ireland’s views on sexuality, religion and abuse. This is the most accessible track from their album If I Die, I Die.

29) 1990 Irish World cup Squad – Put ’Em Under Pressure (1990)
Still sure to get the goosebumps rising 24 years after Jackie’s Army headed to Italia 90, this anthem has become much more than a soccer terrace tune.
28) Them – Gloria (1965)
One of the most covered songs in musical history was written by an 18-year-old Van for the rock group Them.

27) Bell X1 – Eve, The Apple Of My Eye (2004)
This single off Bell X1’s second album Music in Mouth helped them gain global recognition and will always be known as the track behind the lesbian kiss in The OC.

26) My Bloody Valentine – Soon (1991)
The closing track on Loveless, one of the greatest Irish albums of all time, Soon is still as fresh, ethereal and fuzzy as when it was first released.

25) Jape – Floating (2004)
This track is a unique blend of indie-tronica, featuring Gregorian chant samples and lyrical themes of drugs and romance which leads to a psychedelic climax.

24) Sultans Of Ping FC – Where’s Me Jumper (1993)
Always full of humour and anarchy, The Sultans of Ping FC’s most successful song transcended the boundaries of alternative and mainstream due to its comically knowing lyrics.

22) Shane MacGowan and Sinead O’Connor – Haunted (1995)
Haunted was originally written by The Pogues and sang by Cait O’Riordan, but Sinead and Shane made it their own, and created one of the most perfectly matched and tender duets in Irish music history.

21) Villagers – That Day (2010)
The third single from Conor O’Brien’s monumental Becoming a Jackal was a focal point on one of the most assured debut albums in years.

19) The Blades – Ghost Of A Chance (1981)
Before The Blades signed with Reekus Records and made a recent comeback, they released Ghost of Chance as a 7-inch on Energy records.

18) Van Morrison – Cyprus Avenue (1968)
The standout track on the iconic album Astral Weeks is a poignant love letter to a Belfast street where Van the Man spent most of his childhood.

16) Ash: Girl from Mars (1996)
This pop rock gem was written by a 16-year-old Tim Wheeler — and got the Downpatrick trio a spot on Top of the Pops just two weeks after their A-Levels.

15) Stiff Little Fingers – Alternative Ulster (1979)
Belfast punks SLF released this partly as two-fingered salute to the British government and a joyful celebration that youth could shake things up if they tried.

14) Horslips – Dearg Doom (1973)
With its iconic guitar riff, Dearg Doom is a rousing trad-rock anthem that still gets the blood boiling.

13) The Pogues And Kirsty MacColl – Fairytale of New York (1987)
This tune has been hardwired into our DNA since its release. It takes a genius to write a singalong tune about love and dreams crushed by alcoholism and drug addiction.

11) An Emotional Fish – Celebrate (1990)
“Celebrate, this party’s over I’m going home,” sang Jerry Fish on this 1990 single, which was a US hit after it was snapped up by college radio.
10) Van Morrison – Into the Mystic (1969)
Recorded in New York in 1969, this is a shining example of the genius of Morrison and one of the stand out tracks on his classic album Moondance.

9) Philip Lynott – Old Town (1982)
This break-up tune is almost as famous for its video, shot in Phil’s Dublin hometown. It was a step into poppier territory, but the hooks are poignant and bittersweet.

8) The Cranberries – Linger (1993)
This love song with mesmerising string arrangements and unmistakable vocals helped propel The Cranberries to international stardom and millions of record sales.

7) The Boomtown Rats – Rat Trap (1978)
The insanely catchy Rat Trap was the first song by a punk band to top the UK charts — knocking off the Grease hit Summer Nights.

6) Mandinka: Sinead O’Connor (1987)
Sinead shocked conservatives with her shaved head and Docs, but no one could doubt her conviction on politically-charged songs like Mandinka — inspired by an African tribe featured in the book Roots.

5) The Pogues – Rainy Night In Soho (1986)
This classic is a retrospective piece of poetic genius from Shane MacGowan which simultaneously dismisses the past and the future.

4) Aslan – This is (1986)
Aslan’s finest moment to date is a song instantly recognisable to all of us — and a shining example of what Christy Dignam has to offer as a lyricist.

3) U2 – One (1991)
It’s been said that One saved U2’s career, and turned an arduous recording process in Berlin on its head. Its universal themes formed the emotional centrepiece of Achtung Baby.

2) Thin Lizzy – The Boys Are Back In Town (1976)
With one of the greatest guitar riffs in rock history, Thin Lizzy’s calling card has been covered countless times, but the original is still the ultimate pub jukebox essential.

1) The Undertones: Teenage Kicks (1977)
This single transcends generations, with its simple sentiment and genius three-chord hooks that never get old. When radio icon John Peel picked up on the track he famously played it on his show twice back to back and his headstone bears the songs first line, “Teenage Dreams, so hard to beat”.