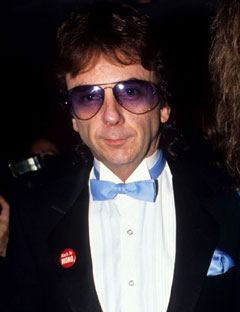 Brian Wilson tells a great story in his book ‘Wouldn’t It Be Nice’ when he recalls the heady days of late 1963. His group, The Beach Boys were enjoying their first flush of success with a string of hit singles and packed out concerts. Life was good.

One day while out driving with his girlfriend he heard a song on the radio that literally stopped him in his tracks. The song was ‘Be My Baby’ by the The Ronettes produced by Phil Spector and it caused Wilson to pull over to the curb.

He was already well aware of Phil Spector who was responsible for a slew of huge hit singles but this was something else.

‘Be My Baby’ was Phil’s 7th release of 1963, having already charted big with ‘Da Doo Ron Ron’ and ‘Then He Kissed Me’ by The Crystals and was the latest in the wall of sound technique he was perfecting.

Writer Tom Wolf would soon dub the 23-year-old Spector ‘the first tycoon of teen’ and his fame was undoubtedly at its height in this moment just before The Beatles and the British Invasion, which would completely alter the sonic landscape forever.

Harvey Phillip Spector was born on 26th December 1939 to a lower middle class Jewish family in the Bronx, NYC. His adored father Ben was haunted by manic depression that led to his suicide in April 1949 shattering Phil and his older sister Shirley. As a result they would both suffer mental issues periodically. Phil’s’ mother, Bertha, moved the family to Los Angeles in 1953 hoping for a fresh start. Phil lost himself in music, becoming a good guitar player and an expert on Rock’n’Roll and R’n’B from late nights listening to the radio.

Phil was a very good student but was never very popular in school. He found his first real friend in Marshall Lieb who also had a great love for music. Marshall became involved in Phil’s fledgling music career and they played locally as a two-piece singing group.

Before long, Phil added friends Harvey Goldstein and Annette Kleinbard and they became The Teddy Bears.

On 1st august 1958 The Teddy Bears released their first single ‘Little Pet’ but it was the B-side ‘To Know Him Is To Love Him’ that began to get radio airplay and by November it was Number 1 in the US pop charts.

Phil had written, produced and performed the song and, not many knew, that the inscription on his father’s gravestone, which read ‘To Have Known Him Was To Have Loved Him’, had inspired it.

The Teddy Bears went on to release an album but Phil had already moved on and the group disbanded in 1959.

Phil had begun to learn all aspects of the music business and he had a particular love for production in which he began to specialise.

His precocious mixture of talent, enthusiasm and cockiness got him noticed fast and by May 1960 he was in New York doing session work, that’s Phil’s solo on The Drifters ‘On Broadway’ and producing records. His success began to mount with a top ten hit with ‘Carina, Carina’ and a co-write on Ben E Kings ‘Spanish Harlem’.

With his profile rising incredibly fast, Phil formed a record label ‘Philles’ with Lester Sill, an established businessman in West Coast music and began to hone the sound he wanted to hear.

Phil sincerely thought that pop music was not regarded highly enough and was determined that his productions would be ‘little symphonies for the kids’.

He began producing a female vocal group called The Crystals and they had hits with ‘There’s No Other Like My Baby’ and ‘Uptown’ in early 1962.

For The Crystals’ next record Phil relocated to LA and Gold Star studios where he had assembled the musicians that were to become the ‘wrecking crew’, including his favourite drummer, Hal Blaine. For the first time, Phil had the sound he wanted, although he actually used Darlene Love and other West Coast session singers, as The Crystals would not fly to LA for the session. The song, written by Gene Pitney, ‘He’s A Rebel’ was a Number 1 hit and the ‘wall of sound’ was born.

At the start of 1963 Phil Spector was flying high. He married Anette Morar, a beautiful singer, and was becoming quite wealthy. However, all this was tempered by the fact that Phil had been absolutely cutthroat in his dealings in the business and had made a lot of enemies. Phil was extremely cavalier in his attitude to the people he worked with and left behind a trail of discarded partners and disgruntled performers.

In true Phil Spector style his greatest achievement would also sow the seeds for his downfall. Phil had become enchanted by a new female vocal group he was working with and saw great potential in the lead singer, Veronica Bennett, who, along with her sister, Estelle, and cousin Nedra Talley, made up The Ronettes.

‘Be My Baby’ and, later that year, ‘Baby, I Love You’ were massive worldwide hits for The Ronettes and Phil’s reputation was cemented in place.

This was when Phil decided to make his Christmas record and, assembling his favourite artists, he made the ‘Christmas Gift For You’ album. In true Spector style the album was released on 22 November 1963, a day best remembered for the assassination of John F Kennedy, and did not fare as well as it should, although it has steadily gained in popularity since and is now seen as a classic.

With the arrival and subsequent huge success of The Beatles and the British Invasion in early 1964 things began to change.

Phil still enjoyed massive hit singles with The Ronettes and the Righteous Brothers throughout ‘64/’65, but the business was changing around him and, to many, his methods were old fashioned.

In early 1966 Phil threw his weight into a project that excited him. He had come across Ike and Tina Turner, a brilliant R’n’B act and fell in love with Tina’s voice.

Phil was terrified of Tina’s husband, Ike and paid him $20,000 to stay away from the studio while he recorded ‘River Deep, Mountain High’. Phil had high hopes for what he saw as the greatest example of his ‘wall of sound’ and the finished product was remarkable but it failed in the American charts. Some believed Phil’s past had caught up with him as the record received very little American radio exposure and barely made the top 100. It fared far better in England and Europe where it was a big hit but Phil was extremely disappointed and decided to withdraw from the music business.

Phil’s personal life had also begun to come apart as his marriage collapsed due to his ongoing affair with Ronnie Bennet and his behavior became increasingly erratic.

Phil got a divorce from Anette and married Ronnie but from the off it was not a happy union. Phil retreated to his Hollywood Hills mansion and stayed inside with Ronnie as a virtual prisoner.

Phil remained out of sight until 1970 when, as The Beatles were disintegrating, John Lennon called Phil and asked him to produce his ‘Instant Karma’ single. Lennon was a long-time Spector admirer and the results of their labour was a hit single that encouraged Lennon to ask Phil to try and rescue the ‘Get Back’ tapes.

This was a project The Beatles had embarked on in early 1969 and had been an attempt to go back to their roots and make a basic record with no overdubs. However things had not gone too well and The Beatles had pretty much discarded the project deciding to go out with ‘Abbey Road’ instead.

Phil trawled through hours upon hours of jams and bits of songs and finally, as stated on the cover, he ‘reproduced’ the ‘Let It Be’ album.

Although loved and hated in equal measure, Phil’s version of ‘Let It Be’ was a huge success and yielded the last two Beatles number 1 singles in ‘Let It Be’ and ‘Long and Winding Road’.

George Harrison then asked Phil to produce his first solo outing and the resulting ‘All Things Must Pass’ album and ‘My Sweet Lord’ single were enormous worldwide hits.

Phil continued working with John Lennon through the early ‘70’s enjoying critical success with the ‘Plastic Ono Band’ and major commercial success with the ‘Imagine’ album. However in 1975 while working on the ‘Rock N Roll’ album things got out of hand with reports of wild parties in the studio and Phil waving his gun around. Opinion is mixed as to where the blame lay, with Lennon out of control on his ‘lost weekend’ and Phil gradually losing the plot, in particular with his dealings with Ronnie, who was in the process of divorcing Spector, and his alcohol intake.

It came to a head in a courtroom when Lennon was so disgusted by Phil’s antics that he walked out on him. He had agreed to appear as a character witness for Phil during his divorce trial but became so embarrassed by Phil’s raging and shouting that he fled. This led to a dispute over the album which dragged on for some time, further souring relations.

Phil continued to work intermittently in the coming years, most notably with The Ramones and Leonard Cohen, but the success of these projects was limited.

That probably should have been the end of the Phil Spector saga but it was not to be. On the 3rd February 2003 the police were called to an incident at 1700 South Grandview Drive in the LA suburb of Alhambra. The body of Lana Clarkson, a waitress and actor, was found in Phil Spector’s mansion. She had been shot in the mouth and pronounced dead at the scene. A lengthy legal process followed and, among other things, it became apparent how dependent Phil was on a range of medicines for his depression along with his on-going fascination with guns. After two trials Phil was found guilty of murder and will remain in prison until he is 89.

As a sad and tragic twist in the fate of ‘The First Tycoon Of Teen’, whose music can still be heard on the radio to this day and with a life story like Phil had, perhaps it’s no surprise that the man who created the operatic sadness of ‘Be My Baby’ and the, barely controlled, madness of ‘ River Deep Mountain High’ was destined to be remembered this way.