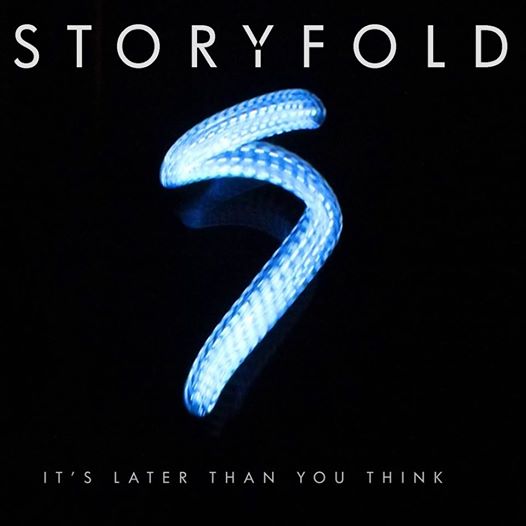 Storyfold will release their second album, ‘It’s Later Than You Think’, on September 26th. The album will be launched with a gig in Dublin’s Button Factory on the same night. Ticket for the Button Factory Album Launch Night will go on sale at midday on Thursday August 7th, and will cost €12. Tickets will be available from Ticketmaster, Tickets.ie, and Buttonfactory.ie.

The album will be preceded by a new single, ‘The Lost And The Lonely’, on September 19th. The song is the opening track from the new album, and it sets the tone for a body of work that has taken over two years to craft, record and release.

“We always wanted to start this album with ‘The Lost And The Lonely’. It’s a scene setter, a mood establisher, but it’s also our statement of intent. It’s a tribute to Dublin in many ways, where we all now live, though most of us were raised outside the capital. At the same time, it’s a universal account of the rituals and personalities that exist in any bustling metropolis. The people and stories in the song could be from anywhere. We wanted it to be big and epic and Ger McDonnell really understood that song and ideal from the get-go.” – Paddy McKenna, Storyfold

Produced by Ger McDonnell (U2, The Cure, Kasabian) and engineered by Phil Magee (Kodaline), the album displays a maturing in sound, without having to forego the pop sensibility that has defined their previous output.

“The Underpass EP has a summery feel to it and features some of the best indie pop that’s come out of Ireland in recent times.” – Goldenplec.com

Storyfold formed in late 2009 and released their debut album ‘Rocket Science’ in 2011 – garnering a National radio hit with ‘Delphine Wakes’, and cracking the Top 10 in the Irish charts! It was described as ‘impressively timeless and effervescent’ (Hot Press), whilst BBC Radio1 said: “I would say that’s Ben Folds Five meets Manic Street Preachers. They’ve definitely got that crossover sound that’s edgy enough to be cool but commercial enough to be radio-friendly.”

Storyfold have already built up an awesome live reputation, have toured widely, and have played to over 40,000 people in Croke Park. A full Irish Tour is set to be announced next week.