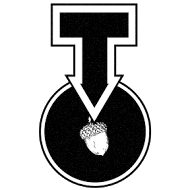 Although Travis Oaks have yet to release any material, since being announced as support to three of Ireland’s well-known and most loved bands; the blues/rock quartet decided to celebrate the launch of ‘Last Love Song’ this August bank holiday weekend, in style.

The newly introduced four-piece that formed when Aran McGillick, Killian McCourt and Taran Plouzane joined Mike Paterson and started writing blues/rock were hand selected by NuMu Promotions management who were impressed with the band’s demos.  Armed with producer Barry Murphy the quartet headed for NuMu Production’s Kildare-based studios to record their debut three-track EP due for full release this Autumn 2014.

The video for the EP’s leading track was directed by Luke Sweetman of Little Beast Films (The Hot Sprockets, The Stypes) who created the idea, which can be described as Mad Max meets Apocalypto. “It grabbed my attention immediately, it stood out and it started giving me the itch to create a video that matched its energy. We had a blast making it with some truly fantastic people; a bunch of whom are in the video, it was a night shoot and didn’t start filming till 20:30 and finished at 07:00 the next morning, so I think some of the cast, crew and band’s mad energy rubbed off on the video” said Sweetman.

Deciding on the video release so last minute, front-man Mike Paterson explains how the vivid and crazy images are ones that will remain lodged in your memory.  “Little Beast have imagined something special here and the only reason all of this exists is because of the kindness of all those who helped us, and saw in us something that we could only hope was there. I think it’s very easy to see all of that hard work and dedication by the whole team as soon as the video starts to play!”

Travis Oaks came to the attention of many when The Hot Sprockets announced a competition to win support at their Button Factory Album Launch. Travis Oaks submitted their cover of The Hot Sprocket’s ‘Bad Jim’ injecting it with their edgy vibe thus introducing Bad (Ass) Jim, the cover song that won them the June 7th support slot. Watch Bad (Ass) Jim here: youtu.be/J2rR_YoLM8E